Religion is an important part of millions of people’s lives across the world. It forms part of culture, tradition, ethnicity, and personal journeys. And South Africa is no different. Did you know that out of all the religions in South Africa, almost 80% of the population identify as Christian?

Background of religions in South Africa

The South African religious landscape is diverse. The country has never officially had an established religion and the Constitution protects freedom of religion since 1996. Section 7(3) of the Constitution obliges the state to respect, protect, promote, and fulfil the rights in the Bill of Rights. It undoubtedly brought about a paradigm change for religions in South Africa.

The religions in South Africa can be divided into two different spheres.

Firstly, there are the African traditional religions, and the religion from the San people. While African traditional religions believe in worshipping ancestors and sacrificing animals, the San has a trance dance ritual. During this ritual the men dance, the women clap to spiritual songs and the spirit then enters the shamans. According to belief, when the spirit enters the shamans during a trance, it gives them special healing powers.

And secondly, other religions – including Christianity – came from Europe and Asia. This happened during a time of trading with sea farers and with the arrival of settlers and slaves. Other established churches in South Africa are the Roman Catholic, Methodist, Anglican, Lutheran, Presbyterian, Jehovah Witnesses, Greek Orthodox and Seventh Day Adventist, to name a few. 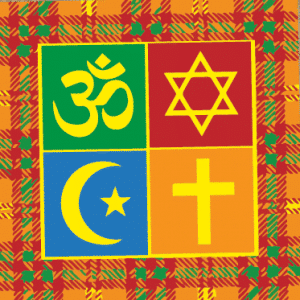 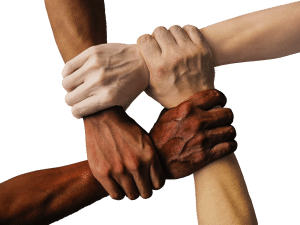 Christianity became Africanised through African traditions. One of the largest African Independent Churches is the Zion Christian Church. With about 16 million members across the country, this church plays host to the largest church gathering during Easter and also in September. It was reported that 3 million members gathered in 2005. Another example of Africanised Christianity is the religion of the Shembe. It is a mixture of Zulu culture and the Old and the New Testaments of the bible.

Apart from Christianity, the other religions that were imported into South Africa are Hinduism, Islam, Buddhism and Judaism.

Hinduism, one of the oldest religions in the world, arrived in South Africa by the mid-1800s. Most of the Hindus in South Africa are descendants of indentured labourers brought in by the British colonial government. They worked on sugar plantations in KwaZulu-Natal and started to build small shrines and temples. Some of these labourers were also Buddhist (or converted later to Buddhism). And Chinese immigrants also introduced Buddhism to South Africa.

The majority of the Muslims in South Africa are descendants of two waves of migration. The Dutch brought Malays to South Africa and sold them as slaves in the Cape region. And the other group came from India, as voluntarily immigrants. Of course, both groups held on to their religion and Islamic schools were established later.

Many Jewish people arrived in South Africa during the diamond and gold rush in the 1800s, or after the second world war. They built synagogues for worship and studying scriptures and today the Jewish population stands at 52 300.