Not only does South Africa have 11 official languages but did you know that Afrikaans is the world’s youngest language?

Afrikaans was declared an official language of South Africa in 1925. And even though the language only became a written language in the 19th century, it didn’t stop Afrikaans from excelling. Believe it or not but worldwide there are only 5 languages that were able to develop to a high-level academic language in the 20th century. Is Afrikaans one of those languages? You bet!

Let’s take a walk through the pages of Afrikaans. Where did it all start? 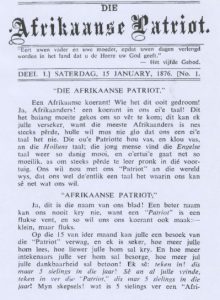 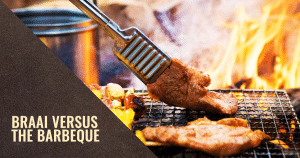 The short history of Afrikaans

The arrival of the Dutch in Cape Town in 1652 is often tied to Afrikaans. In the beginning, linguists focused on the similarities between Afrikaans and Dutch. And even though the Dutch Settlers played a role, the first Afrikaans spoken goes back to 1595. When the indigenous Khoi-Khoin traded with Dutch seafarers, they were forced to speak in a language that would be understood by both parties. In the 18th century two groups of Afrikaans speakers moved inland: the Khoi and livestock farmers.

Between 1700 and 1800 Afrikaans went through a lot of changes. The languages started to form its own identity. Afrikaans speakers encountered a lot of different languages on their journey. While most of its roots can be found in Dutch, English, Malay and other indigenous languages also played a big role in its development.

De Bode, published in 1859, was the first newspaper to feature articles in Afrikaans (alongside Dutch). By 1860 the Bo-Kaap community in Cape Town established a school and texts were written in the Cape Malay dialect. The writing style was phonetic spelling and written in Arabic. A few years later, in 1876, the first Afrikaans-only newspaper, Die Afrikaanse Patriot, rolled off the printing press.

Afrikaans only got its name in 1866. However, during this time it was still seen as a language inferior to Dutch, a language that didn’t excel in literature or science. It was often referred to as Kitchen Dutch. But this changed in the early 1900s when Afrikaans found its feet in the arts and academics. And in 1925 it became official and replaced Dutch.

The growth of the language was remarkable; Afrikaans developed into a higher-order academic and economic language. Unfortunately, during the Apartheid era, it was imposed as a language of instruction on black, non-Afrikaans speakers in 1974. It was seen as the language of the oppressor and it led to the Soweto uprising in 1976, a protest against Afrikaans as a medium of education. With the dawn of democracy in 1994, Afrikaans shared the spotlight and alongside English, 9 indigenous languages were also declared official.

Visiting South Africa? Here are a few words in Afrikaans to use

Being able to speak Afrikaans is not essential when travelling around South Africa, English is widely spoken. But here are a few Afrikaans words.